Psychics – While it isn’t always the case, Tarot services, I Ching, and Astrology readings are often done by psychics. Intuitive psychics, of course, take on many different roles thanks to their enhanced ability to hear the voice within and feel the energies that flow through the universe.

If you have ever asked the question “are psychics real”, you have likely received many different answers. Some of the more skeptical among us prefer to stick to the philosophy of “if science can’t prove it, it doesn’t exist”, but most of us have had experiences that we were unable to define through traditional scientific means. 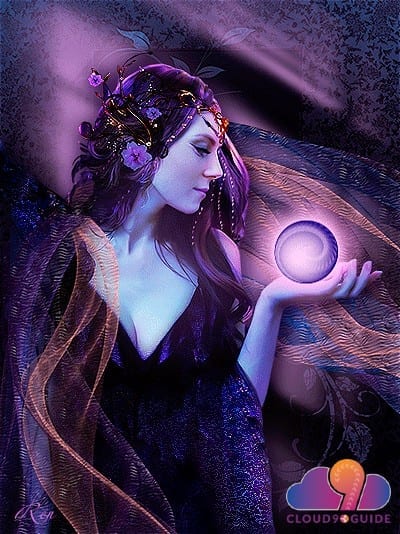 We can feel energies around us, we can feel when we are connected to another person with a cord of energy, and we can also feel when there is an imbalance in the invisible forces that surround us.

For some, ‘feeling’ those energies and hearing our own intuition may not come very easily because it takes considerable practice and attention to raise our awareness to the required levels.
So, for them, skepticism comes naturally.

That said, it probably won’t be long before science begins to identify different types of energies that allow psychics to do what they do. After all, we can use special lenses to detect a person’s aura.

A psychics definition of what psychic abilities entail is usually centered around ESP, telepathy, clairvoyance, and a connection to a higher power which allows the chancellor psychic to become a conduit for the energies and intuition that assist them in their work.

As mentioned, there are many tasks and services that true psychics can perform because they can often see and feel things that other people have not yet developed a deep enough sensitivity for.

When a spiritual medium intuitive is well connected to their energy source and higher power, that psychics energy work is both effective and pleasant. Tarot services readings are also more accurate, as are the guide sessions that are designed to help people make improvements in their lives. Look up Edgar Cayce,  he was was a psychic, clairvoyant of the 20th century and made many highly publicized predictions who answered questions on subjects as varied as healing, reincarnation, dreams, the afterlife.

Edgar Cayce (1877-1945) has been called the “sleeping prophet,” the “father of holistic medicine,” and the most documented psychic of the 20th century. His psychic abilities began to appear as early as his childhood. As an adult, Cayce would put himself into a state of meditation, connecting with the universal consciousness and from this state, came his “readings”. From holistic health and the treatment of illness to dream interpretation and reincarnation, Cayce’s readings and insights offer practical help and advice to individuals from all walks of life.

So, what are psychics?

In short, psychics are intuitive individuals with a well-developed connection with the natural powers that are constantly flowing through us, our world, and our universe. A psychic is also someone who maintains an open ear for the spiritual realm and is especially receptive to the inner voice that lies within us all.