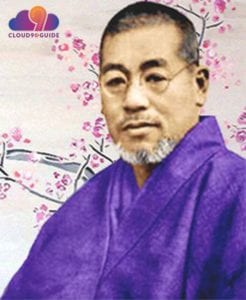 Reiki History
The history of Reiki therapy is long and interesting. It is thousands of years long, in fact, and has origins in ancient Tibet. Historically, Reiki as a healing technique and philosophy was passed down from master to disciple orally, and the practice was nearly lost until a Japanese doctor by the name of Dr. Mikao Usui rediscovered Reiki in the latter part of the 19th Century. At least, the version of Reiki that we are most familiar with today can be attributed to Dr. Usui’s discovery and further development.

When we look at Usui Reiki history, it is important to note that during the time Dr. Usui was acquiring and developing his version of Reiki, there were also some other forms being practiced within Japan at the same time. Despite there being various forms of Reiki, however, the style that we know today quickly overshadowed all other forms, and by the time WWII approached Dr. Usui’s Reiki was the most used form of Reiki – both in Japan and in the United States.

An important thing to remember when looking at Reiki healing history is that no matter which system of Reiki we consider, it is valid if using Reiki healing energy – something that was not created by Dr. Usui. Dr. Usui’s role in the Reiki we know today was to create a system by which practitioners can pass on reiki energy from teacher to student and help those students progress to the highest levels of understanding and mastery of reiki techniques.

Dr. Usui’s practice started in 1922, in Japan. He founded a clinic and a society of healers that went by the name of Usui Reiki Ryoho Gakkai. Just a year later, Usui developed techniques such as Gassho, Reiji-ho, Byosen scanning and more. It was also at this time that Usui developed Reiji Kai – a method used to transfer Reiki energy to a new teacher more efficiently. The following four years saw Dr. Usui’s practice growing exponentially year by year, until Usui’s death in 1926.

Following Usui’s death, one of his closest disciples, Chujiro Hayashi, took Usui’s place at the head of the Reiki foundation, as well as advancing the practice in Japan and beyond. Among the many additions to the Reiki practice that Hayashi was responsible for was the way that treatment was administered. Hayashi had patients lie on a table to be treated instead of sitting in a massage chair as was the norm in Usui’s time. Hayashi was also responsible for many of the hand positions in use today. He expanded on his master’s teachings to create more efficient methods. During his years as a Reiki master, the Reiki history timeline continued when Hayashi came into contact with a Japanese-American woman, Hawayo Takata.

Takata visited Japan in search of an answer to some health issues, and it was then that she met Hayashi. After going through a number of healing sessions with her new master, Takata was amazed at how well she felt. As a result, she decided to learn the art of healing herself, so that she could pass on the experience to others.

Takata made several changes to the Reiki system, all of which concentrated on making the Reiki system more efficient and effective. She opened her first practice in 1939 and steadily treated patients and trained practitioners until her passing in 1980.

As you can see, Reiki has a long and interesting history. Today, the Reiki that we practice is a combination of teachings from a long line of Reiki masters. Thanks to the founder of Usui Reiki Ryoho Gakkai, Dr. Mikao Usui, we benefit from Reiki energy that was very nearly lost to history. The further advancements and improvements made by his direct disciples, like Chujiro Hayashi, allow us to enjoy greater degrees of effectiveness and efficiency, and Takata’s work in bringing Reiki into the western world has given us the opportunity to take advantage of this fascinating healing practice.